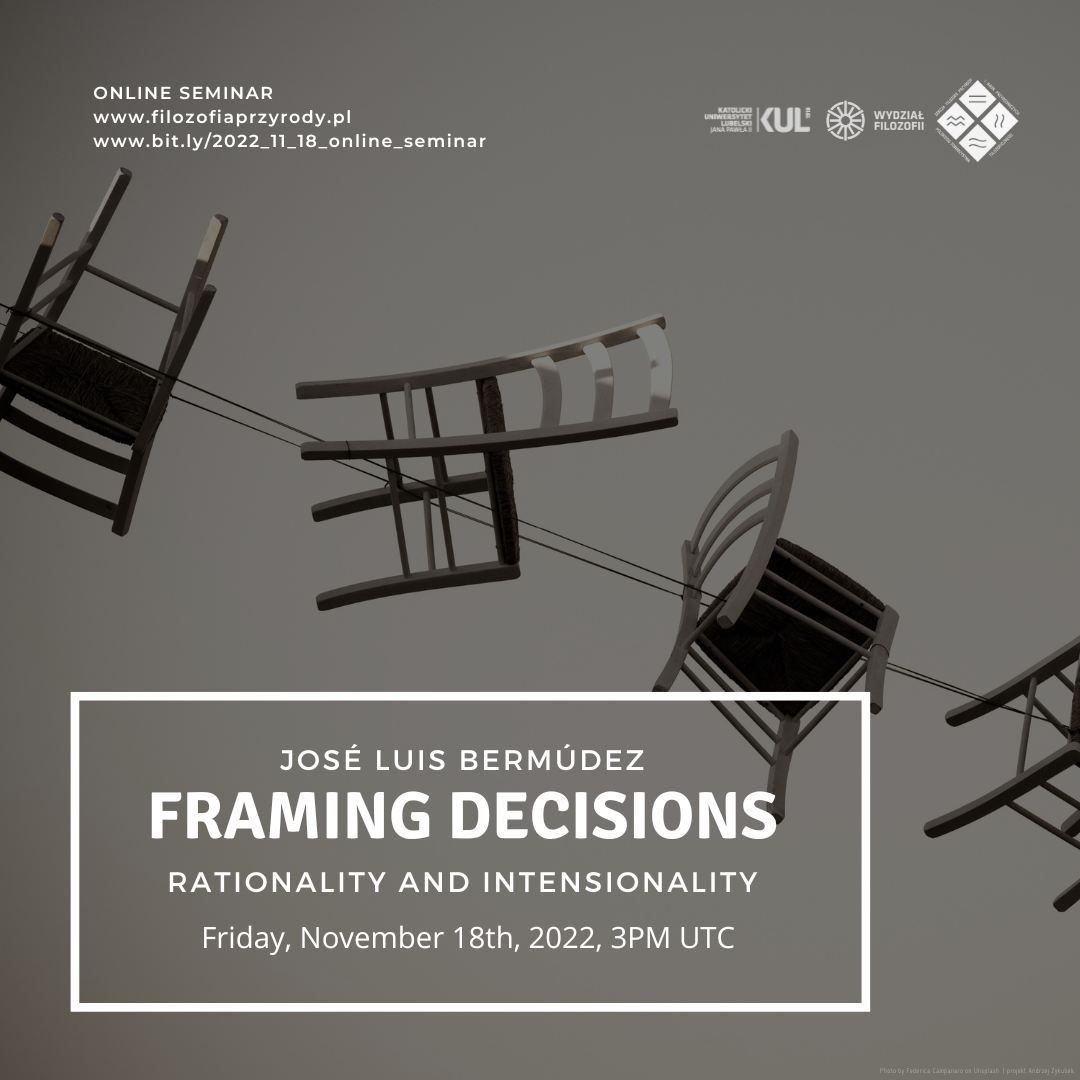 Being influenced by how outcomes are framed is widely held to be a paradigm of irrationality. Yet, experimental and theoretical discussions of framing have ignored the most interesting situations in which framing occurs. These are when an agent or decision-maker consciously and simultaneously considers a single outcome or scenario under two different frames and evaluates it differently in each frame. From the perspective of standard theories of rational decision-making and rational choice, such clashes of frames are not supposed to happen – and if they do occur they are paradigms of irrationality. The standard view, I claim, gets things almost completely wrong. There is nothing intrinsically irrational about seeing the world in conflicting frames. In fact, actively engaging competing frames can be a powerful force for rationally engaging with problems that classical theories of rationality are unable to tackle.